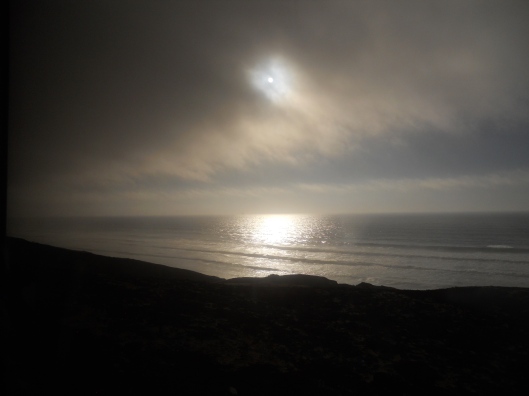 I’ve opened a page entitled “Word Therapy”  [ https://whenisapartynotaparty.wordpress.com/reflecting-words/ ].  It offers exercises toward reflecting on moods or feelings by using definitions and photographs.

For example, the other day, I was disturbed by a feeling that I sought to identify.  I settled on the word apprehensive to describe the feeling.  Referencing my dictionary, the definition led me to like-words such as anxious, dreadful and fearful.  I defined those feelings, as well.  The meaning of fearful concluded with “disquieted or ‘apprehensive,’” which had led me in a circle from the initial definition of apprehensive.

Within that exercise, I located easy, certain, pleasant and quiet (within which I found the additional, soothed)–the completion of another circle, beginning with apprehensive and ending with its opposite, soothed.  The meanings form ripples of feelings or moods that move outward from negative (apprehension) to positive (soothed).  The reader should reflect on the positive as a rational replacement for the negative. 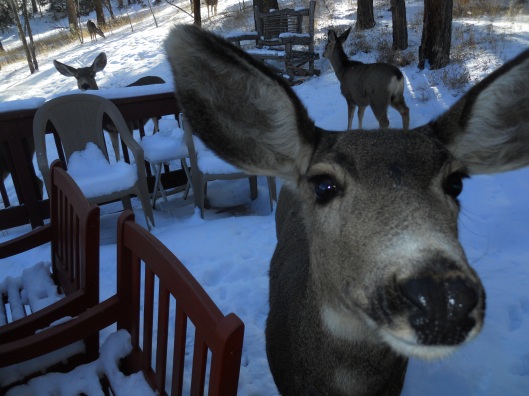 The photographs evoke a sense of the words.  Above, some of the deer seem apprehensive about edging closer while one doe appears soothed, perhaps still a bit apprehensive, by stepping nearer for a treat from the photographer.  The closeup of the female’s face creates a soothing reaction within the viewer, as well.  The top photograph could portray an illuminated, “angelic” cloud reflecting on the earthly ocean—perhaps the reflection of a spiritual ideal upon the earthly realm of hurt and suffering, with waves moving inward.

Generally, according to the still-standard, popular book on cognitive behavioral therapy, Feeling Good: The New Mood Therapy, (1980) by David Burns M.D., automatic-thoughts lead, healthily, to rational-responses.  An experience leads to a feeling or mood which ultimately leads to a response—rational or otherwise.  If one, because of an experience, becomes apprehensive, then that person easily could react by filling with anxiety or dread.  The rational response, instead, manifests as reflecting on it and inwardly becoming soothed.

As a word-lover, these “Word Therapy” blogs act as exercises for me toward that end, but they are devised in a way that can also lead one from negative thought to positive thought.  I will add more blogs to the page as they occur to me.