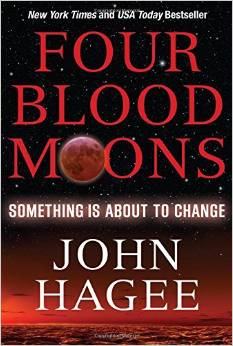 Yet I have chosen Jerusalem,

that My name may be there

The Tetrad of Blood Moons of 1967-68 occurred on the Jewish holidays of Passover and the Feast of Tabernacles:

This third Tetrad, beginning in 1967, occurred on the Jewish holidays of Passover and the Feast of Tabernacles with the total solar eclipse occurring on November 2, 1967, before Passover of 1968.

What was happening to the Jewish people during this time?

THE PRICE OF INDEPENDENCE

See how your enemies growl,

how your foes rear their heads.

With cunning they conspire against your people;

they plot against those your cherish.

“Come,” they say, “let us destroy them as a nation,

so that Israel’s name is remembered no more.”

Israel was at war from the moment they declared statehood.

The War of Independence of May 15, 1948, through March 10, 1949, occurred the day after Israel’s rebirth. . . .  The war was fought along the entire length of the country’s border; against Lebanon and Syria in the north; Iraq and Transjordan in the east; Egypt, assisted by contingents from the Sudan, in the south; and Palestinians and volunteers from Arab countries in the interior of Israel.

It was the bloodiest of Israel’s wars with a total of 6,373 killed in action.  The jubilant celebration of the nation’s rebirth was over.  Sandwiched between the War of Independence and the Six-Day War was the Sinai War of October 29 through November 7, 1956, which was fought against Egypt over the control of the strategic Sinai Peninsula.

In 1967, the Arab nations, committed to driving the Jewish people into the sea, once again rallied against Israel.  On May 15, as Israel commemorated their Independence Day, the buildup of Egyptian troops began moving into the Sinai near the Israeli border. By May 18, Syrian troops were prepared for battle along the Golan Heights.

As of today, there no longer exists an international

emergency force to protect Israel.  We shall exercise

patience no more.  We shall not complain any more to

the UN about Israel.  The sole method we shall apply

against Israel is total war, which will result in the ex-

On May 20, Syrian Defense Minister Hafez Assad threatened Israel with the following declaration:

Our forces are now entirely ready not only to repulse

the aggression, but to initiate the act of liberation it-

self, and to explode the Zionist presence in the Arab

homeland.  The Syrian army, with its finger on the trig-

time has come to enter into a battle of annihilation.  [Isi Leibler, The Case For Israel (Australia:  The Globe Press, 1972) 60.]

On May 27, Nasser of Egypt challenged Israel:

“Our basic objective will be the destruction of Isra-

On May 30, King Hussein of Jordan signed a defense pact with Egypt.  Nasser then announced:

The armies of Egypt, Jordan, Syria and Lebanon are

poised on the borders of Israel . . . to face the chal-

lenge, while standing behind us are the armies of Iraq,

This act will astound the world.  Today they will know

that the Arabs are arranged for battle, the critical hour

has arrived.  We have reached the stage of serious ac-

President Abdur Rahman Aref of Iraq joined in the vicious war of words:

The existence of Israel is an error which must be recti-

fied.  This is our opportunity to wipe out the ignominy

On June 4, Iraq joined the military alliance of Egypt, Jordan, and Syria.

THE HAND OF GOD

know that the hand of the LORD is powerful and so

that you might always fear the LORD your God.

THE CONQUEST OF SHECHEM

Israel’s military commanders recognized that the taking of Shechem would be one of the toughest and bloodiest battles of the war.  The largest crossing of the Jordan River began in the country of Jordan and continued through the Samarian Mountains and into the city of Shechem.  Abraham used this very crossing as he entered into the land of Canaan (Genesis 12:6).

The Jordanian army assumed that Israel would enter Shechem through their coastal region so they placed their heavy artillery and tanks on the other side of the city overlooking the roads leading to Shechem from the west.  The IDF (Israel Defense Force) decided to outmaneuver the enemy by first fighting to the north and west and then coming back down to enter Shechem from the east, which was “the back door” of the city.

At the entrance to Shechem stood thousands of Ar-

their hands.  In our naivete, we returned greetings and

smiles.  We entered the town and wondered:  We are

advancing and there is no disorder, no panic, the local

armed guards stand by with rifles in their hands keep-

ing order, and the crowds are cheering.

Suddenly something happened which changed the

entire picture in a moment.  One of our officers want-

ed to disarm an Arab guard.  When the latter refused,

our officer fired a shot in the air.  At that moment, all

the crowds disappeared and streets emptied out.  The

I didn’t comprehend what had transpired.  Only

later, did I understand.

The residents of Shechem thought that we were the

Iraqi forces who were due to arrive from the direction

of Jordan.  The numerous enemy tanks were situated

on the west side of Shechem.  They woke up to their

The Arabs were surprised; the fear of the Jews fell

upon them.  In Hebron, and in Shechem, in Jenin and

in Jericho the Arabs were heavily armed.  There was

not even one small Arab village without arms.  With

great haste, the Arabs, however, hid their weapons and

didn’t consider using them.  They raised their hands up,

and flew white flags of surrender from every edifice.

The fear of G-d fell upon hundreds of thousands of

proud Arabs, who were filled with hatred and loathing

for Israel.  Only yesterday, they had sworn to fight until

their last drop of blood.

In the late hours of the night, an IDF truck loaded with arms and shells parked next to a building in Jerusalem.  Its mission was to bring a fresh supply of ammunition to the front line outposts.  The element of danger was great for if the truck was hit by enemy fire, the subsequent explosions of all the ammo would bring all the buildings in the area down on their inhabitants.

Suddenly the whistling of an approaching enemy shell was heard, and the shell, indeed, scored a direct hit on the vehicle.  But the Arab shell did not explode.  It remained perched atop the pile of Israeli shells in the truck.

Yisrael, a cab driver who was drafted to fight in the Six-Day War as part of the paratroop unit assigned with conquering the Straits of Tiran, gave the following account upon his return:

The Israeli soldiers didn’t have to parachute out of

the Nord airplanes which took them to the Tiran

Straits.  They landed like spoiled tourists in the air-

port, because the Egyptian regiment which was on

guard there fled before the Israeli troops were visible

After landing, I was sent with another reserve

soldier, and electrician, to patrol the area.  When we

had distanced ourselves two kilometers, an Egyptian

halftrack appeared before us filled with soldiers and

mounted with machine guns on every side.  We had

only light weapons with a few bullets that couldn’t stop

the halftrack for a second.  We couldn’t turn back, so

we stood there in despair, waited for the first shot, and

for lack of a better idea, aimed our guns at them.

But the shots didn’t come.

The halftrack came to a halt, and we decided to

diers inside sitting with guns in hand, with a petrified

look on their faces.  They looked at us with great fear

as though begging for mercy.  I shouted “Hands up!”

As we were marching them and I had returned to a

state of calm, I asked the Egyptian sergeant next to me,

Tell me, why didn’t you shoot at us?”

He answered, “I don’t know. My arms froze—they

became paralyzed.  My whole body was paralyzed, and

It turned out that these soldiers didn’t know that

the Straits of Tiran were already in Israeli hands; why

didn’t they eliminate us?

I don’t have an answer.  How can one say that G-d

THE FINGER OF GOD

IDF Director of Operations Maj. Gen. Ezer Weizmann was asked by Mr. Levanon, the father of a fallen pilot, how he explains the fact that for three straight hours, Israeli Air Force planes flew from one Egyptian airstrip to another destroying the enemy planes, yet the Egyptians did not radio ahead to inform their own forces of the oncoming Israeli attack.

Ezer Weizmann, who later served as president of the State of Israel, was silent.  He then lifted his head and exclaimed, “The finger of G-d.”

Following his blow-by-blow analysis, the military correspondent for the secular Ha’aretz newspaper summed up the Six-Day War with the admission:  “Even a non-religious person must admit this war was fought with help from heaven.”

Nothing like this has happened in history. A force in-

many rockets and fighter jets, and a hundred thousand

soldiers armed from head to toe was destroyed in two

days in an area covering hundreds of kilometers filled

with reinforced outposts and installations.

And this victory was carried out by a force that

lost many soldiers and much equipment, positions,

and vehicles.  No military logic or natural cause can

King Hussein of Jordan proposed a cease-fire before the IDF could take back the Old City of Jerusalem.  World leaders put increasing political pressure on Israel, demanding that they accept the proposed truce.  Then suddenly, King Hussein changed his mind, refusing to submit to the very conditions of the cease-fire that he personally put in place! . . .

The Old City had been under Jordanian control since 1948.  For nineteen years the Jewish people had been prohibited from the Western Wall where they had prayed for thousands of years before.  It took just three days for Israeli forces to defeat the Jordanian army.  On the morning of June 7, the order was given to take back the Old City of Jerusalem.

Israeli paratroopers stormed the city and secured it.  Defense Minister Moshe Dayan arrived with Chief of Staff Yitzhak Rabin to formally mark the Jews’ return to their historic capital and their holiest site.  At the Western Wall, the IDF’s chaplain, Rabbi Shlomo Goren, blew a shofar to celebrate the event.

In total, 21,000 of Israel’s enemies were killed during the Six-Day War; Israel lost 779 soldiers.  Jerusalem became the capital of the Jewish people once again.  David Ben-Gurion was right when he declared, “In Israel, in order to be a realist you must believe in miracles.”

God’s signature was on the miraculous victory of the Six-Day War.  He signaled this historic event with the third series of Four Blood Moons.  The trials and tribulation of war finally brought forth triumph for the Jewish people—the unification of their beloved Jerusalem.